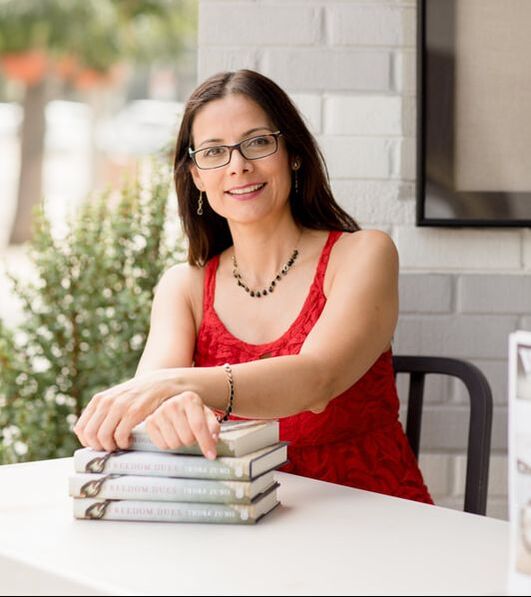 Indra Zuno was born in Mexico, where she enjoyed a successful career as a performer in theater and television before turning to writing. She was a recipient of the 2017–2018 UCLA Claire Carmichael Scholarship in Novel Writing, and was subsequently nominated for the 2017 UCLA James Kirkwood Prize in Creative Writing and the 2018 UCLA Allegra Johnson Writing Prize. As part of her extensive research for her debut novel, Freedom Dues, Indra spent time in Northern Ireland, Pennsylvania, and two weeks aboard The Lady Washington, an eighteenth-century replica tall ship, washing decks and climbing masts. She met with the Master Cordwainer at Colonial Williamsburg and with a member of the Delaware tribe who is the Director of the Lenape Language Project. Immersing herself in her subject, she read over one hundred books on white servitude, the Delaware tribe, and Scots-Irish immigration, and reviewed original eighteenth-century court records at the Historical Society of Pennsylvania and the Philadelphia Archives. To learn more, visit her on Facebook @indrazunowriter.
Indra Zuno's website 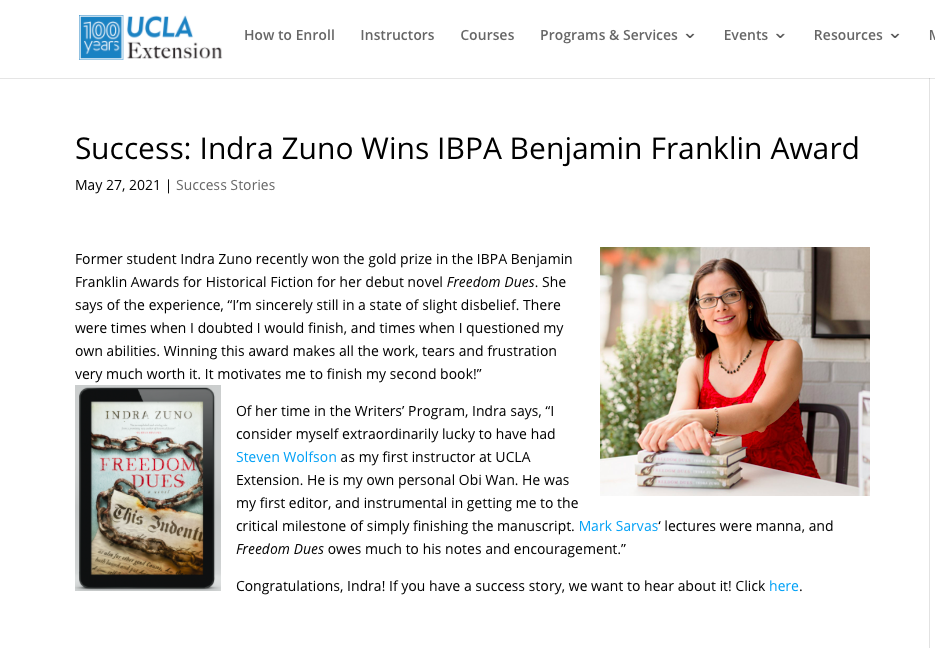